Reviews roundup – Night Demon vs. Jeff Beck vs. Atkins May Project vs. Cross vs. Neonfly

Aiiieee!  It’s the metal!  And it’s proper metal.  None of that namby pamby modern metal nonsense.  No, this is a record that is in thrall to the eighties when men were men, regardless of how tight their spandex was.

Night Demon don’t half like the Iron Maiden, though.  This is the kind of thing that could have come out after “Number Of The Beast” and no-one would have blinked an eyelid.  There’s some bits of other NWOBHM bands in there, a dose of the Priest and more hot rocking riffs than you can shake a stick at.

It’s hard to believe they’re not from Birmingham, but instead hail (Hail!) from Ventura in California, and that this is their debut, full length album.  The splendidly named Jarvis Leatherby is on bass and vocals alongside Brent Woodward on guitar and Dusty

It’s hard to play favourites when they all seem like my babies, but if I could only keep three of them on the lifeboat, it would be the title track, ‘Full Speed Ahead’ and ‘Heavy Metal Heat’.  Now, let’s rawk!

I never really “got” Jeff Beck.  I mean, for sure, he knows how to play the guitar, but it’s always been a bit too clever for my liking (apart from his contributions to Upp).  But better folk than me claim he’s the bees knees and here’s a live DVD to prove me wrong.

People who know about this sort of thing are very excited about his newish band, which sees him linking up with ex-Prince bassist Rhonda Smith, second guitarist Nicolas Meier and drummer Jonathan Joseph.  And to be fair, I really enjoyed the run through of Billy Cobham’s ‘Stratus’, cos that’s a proper tune, that it.  It’s less good when Ms Smith rocks the mic, and the Muddy Waters standard ‘Rollin’ And Tumblin’ is quite excruciating.

Better was the eastern influenced ‘Yemin’, which mixes acoustic and electric picking to fine effect and the delightful ‘Corpus Christi Carol’, but then there’s a version of Jimi Hendrix’s ‘Little Wing’, which made me yearn for the awful original.  And I think that’s my real beef with Beck.  His quality control button just seems to be a wee bit off.  Yes, he’s an amazing technical whizz on the guitar, but his choice of music too often lets him down.

Fans will absolutely adore this, but it’s unlikely to win over any new followers.

More metal, this time from guitarist Paul May and vocalist Al Atkins, who’ve been working on and off for a couple of decades now, with this their third album under the Atkins May Project banner.

You won’t be surprised to learn that it fits mainly into the power metal bracket, what with Al Atkins having to contractually fulfill his Judas Priest founder tag.  And there are some excellent tunes  here with ‘Here Comes The Rain’ and ‘Whisper To The Wind’ well worthy of repeat plays.  Atkins may not be the best singer in the world, but he knows that, and makes sure that he plays to his strengths.  Which is why the cover of Thin Lizzy’s ‘Are You Ready’ doesn’t work.

May is a fine guitarist and knows his way round a big riff, and when they stray slightly into prog metal territory, he gets to show his chops off.  It’s a good, solid album, and if you get your finger out, you’ll get a version with a bonus DVD of music videos and an interview with May and Atkins.

When is a new album not a a new album?  When it’s an album of old material re-recorded.  Which is what we have here.

Main man Hansi Cross says “some of the songs from the earliest albums is very fine compositions but the production sometimes lacked some quality. Remember that these was 16-channel tape recordings made during a period when Cross was still seeking it’s own sounds, it’s own identity. For this album we have choosen some of them that has most of the elements that, with time, was established as “crossish stuff”. As these earliest albums are sold out and deleted since some while I find this a good way to keep some of the songs alive.”

Now I don’t know what they sounded like originally, but I have to say that he’s become a better writer over the years.  Musically, it’s still Floyd type melodic prog, and there are some great instrumental passages, but it doesn’t really measure up to his more recent releases.

Fans of his symphonic sounds will find some measure of enjoyment, but for people new to his sounds, they’d be better off starting with “Wake Up Call”.

Finally, for today, we have more metal.  This time around it’s melodic metal outfit Neonfly, who’ve been making a bit of a name for themselves off the back of tours with the likes of Power Quest, Magnum and Dragonforce.

For album number two, they’ve brought in Dennis Ward to produce, so it certainly sounds good, and the songs seemed to have raised themselves up a bit as well.  Vocalist Willy Norton is the ace in the pack, as he inhabits the material as only a great singer can.  When his voice, the production and the songs all match up, then you really believe that they could be a big name on the metal scene.

That happens in a few places like ‘Highways To Nowhere’, ‘Better Angels’ and ‘Sons Of Liberty’, as they quite cleverly combine the traditional with a few more modern sounds.  Definitely one to cock an ear to. 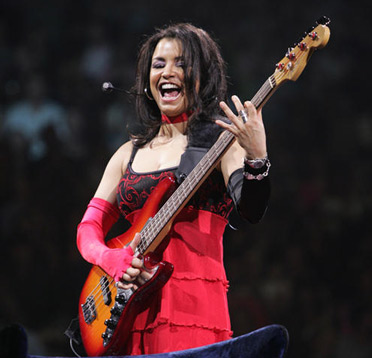