Reviews roundup – Vinnie Moore vs. The Standard Lamps vs. The Pyramidis Project vs. The Easy Outs

Solo album number eight from Vinnie Moore, although only his second in the last fifteen years.  Mind you, UFO have kept him busy, but it’s nice to hear him getting his shred on again, after all those tasteful licks on the UFO albums.

He was going to be King of Shred back in the early days, when guitar instrumentals were the dish of the day. But Mr Moore has also liked to do other things, be it Vicious Rumours, guest appearances on Alice Cooper records or his new band Red Zone Rider.

But this takes us back to the days when he was an up and coming shredder, lauded alongside the likes of Vai and Satriani.  And it’s a very enjoyable release.  It’s a step back from the preceding “To The Core”, which strayed from the template, and it’s all the better for it.  There is some immense guitar work on tunes like ‘Mustang Shuffle’, ‘The Dark Dream’ and ‘Now’s the Time’, which will remind people of just how good a picker he is.  Throw in a crowd pleasing ZZ Top cover, and a closing epic which runs through just about every guitar style there is, and you’re left with one of his best solo releases.

Album number two from the dreadfully named The Standard Lamps, following on from “Sell Everything You Know”.  Despite their name, they’ve been building a following with some high level support slots with the likes of the Who, as well as slumming it on a Bluetones tour.

But they’re appropriate tours for a band who mix up sixties Kinks and Who, with a smidgin of Britpop.  Although thankfully, it’s the former that comes out on top.  They’ve got some cracking melodies, along with some perky guitar lines, and you can sense the influence of the Davies brothers in the lyrics and melodies.

It’s the words, in particular, that grab you the most, with their tales of small town lives and loves.  And even if they haven’t managed a ‘Tatty Seaside Town’, songs like ‘The Model World’, ‘Cats And Dogs’ and ‘Living With Mum And Dad’ suggest that they’re not far off it.  Worth a punt. 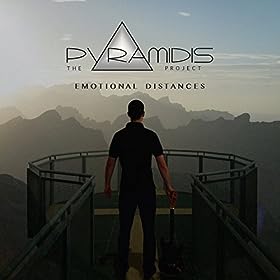 Time now for some prog / spacerock / ambient / electronic doodah.  And this time it’s from Austrian musician Mario Buchinger, who is a bit of a smarty pants, what with his PhD in physics and whatnot.  He’s already released an album called “Space And Emotion”, and it would seem that he’s rather partial to a bit of Alan Parsons and Mike Oldfield, if this record is anything to go by.

And there’s nothing wrong with that, says the man who will defend “Tubular Beats” to the end.  However, sometimes he does get the urge to focus on some sizzling guitar, and that is when he heads off into Pink Floyd territory.  That would be ‘Distances’, that would.  There are some vocals here, and the best of those would be ‘Treachery’, a surprisingly poptastic tune featuring Moni Francis, but it’s when he sticks to his core stock in trade that it all works best.

Currently, that would be the aforementioned ‘Distances’ and ‘Far From Home’, where his instrumentation really shines.  He sometimes teeters on the edge of New Age, but seems to pull himself back at the last minute.  Long may that continue.

Off to New Jersey now.  Sorry, Noo Joisey, and The Easy Outs.  Who’re sort of a punk band.  Or at least American punk via The Dead Boys and Rocket From The Tombs.

So, it’s a late seventies vibe, with a hint of the Ramones.  And I’m sure there are a good few people out there who will lap it up.  Thing is, it’s a fairly restrictive template (and I know that’s a bit cheeky coming from a metalhead), so a lot of the songs seem interchangeable.

I mean, the band certainly kick ass, and as someone who saw Stiv Bators perform live(ish), I can appreciate the work of vocalist Bruce Ferguson.  Elsewhere there is a hint of the reformed New York Dolls about them, mixed up with some sixties licks from the Pretty Things, which enhance tunes like ‘Good Old Days’, ‘Skin To The Bone’ and the sax and organ enhanced ‘Come On Come On’.

There’s half a great album here, so I think a 10″ vinyl six tracker would have done me nicely.