Reviews roundup – The Who vs. Billy Sherwood vs. Uriah Heep vs. Magic Moments At Twilight Time vs. Dirtbag Republic

THE WHO
Live In Hyde Park – DVD
Eagle Vision

The Who have been stumbling through their fiftieth anniversary tour, what with Roger Daltrey being ill, but June this year saw them headlining a show in Hyde Park, London, and it’s now out in a variety of guises for your aural and viewing pleasure.

Daltrey has also had some vocal issues in the last few years but this performance saw him sticking to a mature register that suits him.  It’s the long-standing lineup of Daltrey, Pete Townshend, his brother Simon, Zak Starkey and Pino Palladino that brings the songs to light here and although it’s largely a greatest hits show, there are a couple of little played tunes on offer, with ‘Join Together’ and ‘I’m One’ making an appearance.

The sound has been mixed well, and they’ve dug into their pockets for a great light show.  Fans certainly won’t be disappointed with this, and you’ve got pockets as deep as the Who, you’ll probably want the all singing, all dancing versions which include this DVD, Blu-ray, DVD+2CD set, DVD+3LP set and a Deluxe Edition with book, DVD, Blu-ray and 2CD.

Billy Sherwood is back in Yes, this time as bass player, following the death of Chris Squire.  He’s been in and around Yes since the early nineties, but has also performed with a few other bands, as well as having a solo career.

So this is as good a time as any to catch up with some of that solo work, with his most recent solo album, “Divided By One” and a collection of solo tunes, cunningly called “Collection”.  The former is his seventh solo album, and fits nicely into his lengthy prog catalogue.  He veers between melodic prog and some Yes like tunes like ‘Sequence of Events’, but he is a masterful musician and rarely takes a wrong step.  A good album.

Over on the collection, which has been handpicked by Mr Sherwood, you get tracks from all the solo albums as well as two previously unreleased numbers.  I could live without the Sting cover, but ‘Dark To Light’, the other unreleased tune is as good as anything in the main course, and it is an excellent introduction to his work.  If you’re new to his solo music, I’d start here, and work my way back.

An odd one this.  It’s not a best of.  It’s not even original material.  What it is, is a reissue of rerecorded material from back in 2001, when it came out as the confusingly named “Remasters” on the late Classic Rock Legends label, who were involved with the “Acoustically Driven” and “Electrically Driven” concerts and releases.

Now the Uriah Heep catalogue is strewn with new versions of old songs, repackaged to confuse the unwary, but at least they are being upfront about it this time.  What you’re getting are 27 tracks in a gatefold digipack thing, featuring the band’s longest running line-up of Mick Box, Lee Kerslake, Phil Lanzon, Bernie Shaw and the late Trevor Bolder. It’s also the first release on their own Uriah Heep Records, which I suspect means the rights have lapsed, and they can now do what they like with them.

Now don’t get me wrong, there are some great recordings here, and the revisits to old tunes has rarely been done better.  Add in a few from the Shaw years that a few might have missed, and musically, I can’t recommend it enough.  What sticks in the craw, though, is that they’re asking, not budget price, not mid price, not full price, but a well over the odds seventeen quid for a collection tunes that every self-respecting Heep fan will already have.  You can actually get the 2001 release for less than that.  So I would wait 6 months or so until the price comes down. 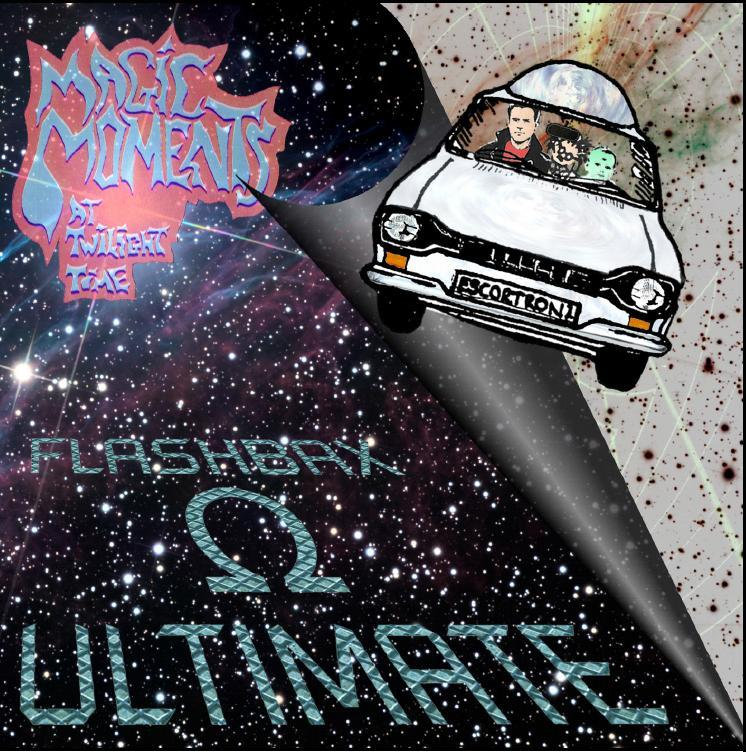 Many (many) years ago, I made the mistake about saying some kind words about a cassette (ask your Dad) album released on Music & Elsewhere.  That was a label run by one Mick Magic who seemed determine to use up the world reserve of audio tape by putting out as many albums as humanly possible by as many weirdos who had access to a microphone.  And there were a lot of them.

Ever since then, I have been stalked on an irregular basis by said Mr M, and all these years later he’s still at it with a CD anthology of his own band, Magic Moments At Twilight Time.  They actually put out a proper CD back in the day, “Creavolition”, but this Flashbax (as opposed to all the other Flashbaxes) sees him heading back to the pre CD era, with a newly mastered compilation of tracks from all their albums and some rarities from 1987 to 1992.

And, you know what, there is some really good stuff here. I’ll regret saying it, but if space rock meets punk meets lo fi Krautock seems like your thing, then there is plenty here to keep you entertained.  It’s more Inner City Unit than Hawkwind, so tunes like ‘Blitzkrieg!’ will certainly keep you up at night. But when they go more “mainstream” spacerock on ‘Acidic Heaven’, well, that’s when I get a bit moist.

The entire package has 18 tracks and 2 hours plus of music, with the first 12 tracks on a CDR and a downlaod code for the rest of.  There’s also a 25 page PDF booklet with a band history and lots of pictures, which should serve as a warning against just about everything.  A fun ride. 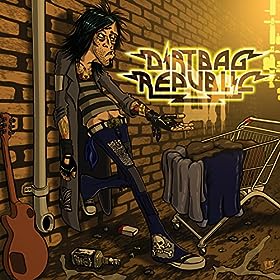 Lastly, for today, it’s sleaze rock time from a couple of glam metal veterans.  Now, do you remember Pretty Boy Floyd?  Leather Boyz With Electric Toys and all that.  They were a shockingly bad glam metal band with a major record deal. Well, this isn’t them.  Sandy Hazard and Steve Bratz (their real names,natch) were in a different Pretty Boy Floyd.  The Canadian ones, not the American ones.

And now, thirty years after anyone cares, they’ve decided to have another bash at their first love, and it is a surprisingly fun ride. It’s that early eighties Easy Action meets Hanoi Rocks meets pre-major Motley Crue vibe that was such a shock to the system back in the day.  So it’s rough and ready, wham bam, thank you ma’am, eyeliner rawk and roll.

They know their way around a catchy chorus and a nicked Stones guitar riff, all of which makes tunes like ‘Can You Feel It’, ‘Leave The Lights On’, ‘Exits & Daggers’ and ‘Give Me A Taste’ an absolute delight.  In my head I could almost see Nasty Suicide getting carried off stage by two roadies at the Calais Palais while the band played on, and the crowd partied like there was no tomorrow.  Happy days.