Reviews roundup – Rhapsody Of Fire vs. Maessorr Structorr vs. Surf Cowboys vs. Strittmatters vs. None Other

RHAPSODY OF FIRE
Into The Legend
AFM

The second album from Alex Staropoli following the split fron Luca Turilli, which resulted in two Rhapsodys, and I’m glad to say that this is much better than the misfiring “Dark Wings of Steel” from 2013. I t wasn’t a bad album, just not up there with what we had come to expect.

But “Into The Legend” should remedy that, because this is an absolute cracker.  It sees a return to a guitar based sound, with the riffs of Roberto De Micheli up front and centre.  The orchestrations and arrangements are still epic, but they don’t swallow the songs.

And the songs are up there with the best of them, as their symphonic power metal brings songs like ‘Valley of Shadows’, ‘A Voice In The Cold Wind’ and ‘Realms of Light’ to life in spectacular fashion.  Anyone who was put off by the last album should be rushing out to get this.  It’s epic!

More metal here.  This time from Bohemia/Czechia. They’ve only been on the go since 2013, led by brothers Milvus and Denny Kleinberg, who provide the music and the words.

It’s a good debut, even if they haven’t quite decided what band they want to be.  So there is some eighties hard rock, some out and out metal, and even a couple of tunes which wouldn’t be out of place on the radiogram.  But they have got potential, and if they could narrow their focus a bit, then they could be on to something.

Best of the bunch are ‘Floods Of Metal’, ‘Black Widow’ and ‘I Went Through Hell’, so you may want to stream before you buy. 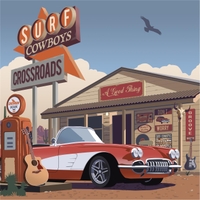 And now it’s time for a trip to the mythical principality of Luxembourg for a mix of eighties and nineties rock into pop, and the third album from the oddly named Surf Cowboys.

They’ve actually been on the go, on and off, for nigh on 25 years, starting with a 1993 album called “Put the Peanuts in the Pussy”.  And, no, I haven’t suddenly went down with Tourettes.  However, turns out it was quite a thing in Luxembourg, and they ended up opening shows for the likes of Toto, Deep Purple, Santana, Status Quo and Fish.

However, they went their separate ways before a 2013 reformation, leading to this album, which sees an interesting set of original songs accompanied by a cover of the King’s X song ‘Groove Machine’.  And you don’t see many of those.  It’s good without ever tipping over into great, but there are some good mainstream rock songs in here with ‘Breathless’ and ‘So Damned Crazy’ the best of the bunch. 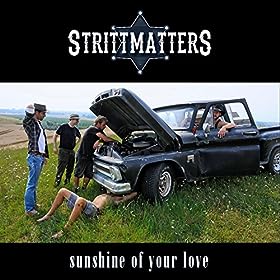 STRITTMATTERS
Sunshine Of Your Love
independent

Some Southern Rock from Germany.  They do like a bit of Molly Hatchet over there, so it’s no great surprise that there are a few homegrown band having a bash, with Christoph Strittmatter the latest to have a go.

It’s a nice mix of blues rock and Southern licks, with as many nods to the sixties bombast of Cream, as there is to the Southern sounds of ZZ Top, Lynyrd Skynyrd and their ilk.  But it’s a worthy offering with the band of Sebastian “Basti” Ritter – guitars, Alexander Poland – bass, Gunnar Philipp – keyboards and Markus Poland – drums, helping vocalist Strittmatter achieve his goal.

Some of the songs aren’t quite the finished article, but when it all comes together on tunes such as ‘All I Ever Wanted’ and ‘Bury My Heart’, then it’s definitely worth a listen. 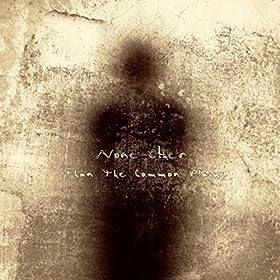 NONE OTHER
Than The Common Plague
independent

Our international travels for today end in Greece, with an album from Spyros Charmanis, who has put out his latest prog rock opus under the name None Other.

He’s had a couple of releases under his own name, but this sees him addressing the concepts of existential and mundane physical issues of human disease or death.  As you do. He’s working in a modern prog idiom, but even oldies like me, will find a lot to enjoy in his intricate offerings.

A lot of love has went into this, and if you manage to track down a CD copy, then go for it, as the whole story is presented in the guise of a hard back book which presents the lyrics and story across forty odd pages.  Musically, there are some delightful passages on tunes such as ‘Seven Months’, ‘I, Replicator’ and ‘Dread In The Water’, and this is one that modern prog fans should be bending an ear to.