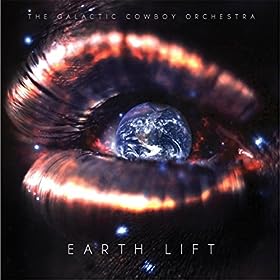 Hippy alert!  Although you’ll have guessed that from the name above.  But here is the fourth album from Minneapolis quartet The Galactic Cowboy Orchestra, who spend their time mixing up progressive fusion with country rock.  Which is nice.

And they are very good at it.  Dan Neale (guitar/vocals), John Wright (bass/vocals), Lisi Wright (violin/vocals) and Alec Tackmann (drums) have certainly got the musical chops to carry off their vision.  They dip in and out of prog, fusion, folk, country and anything that takes their fancy, so don’t come here looking for some easy listening vibes.

They still manage to hold on to some melodies, though, so you can always find somewhere to hang your hat while the band scurry down another back road.  My favourites were ‘Fish of a Feather’ and ‘The Demented Waltz’, but this is somewhere to come if you’re looking for a record that is a wee bit different.

Most folks in the world of rock know of Geoff Downes, who has been / is the keyboardist in The Buggles, Asia and Yes.  Less known is Chris Braide, who apart from his solo work, has written and produced for lots of poppy people like Sia, Lana Del Rey, David Guetta Marc Almond.  So it shouldn’t come as a surprise to learn that their second album is full of keyboard driven electro prog pop tunes.

So it’s actually harking back to the roots of Mr Downes, with more Buggles than Yes. And it’s all very good.  Fans of eighties styled pop music will find a lot to enjoy here, with songs like ‘Dreaming Of England’ and ‘Machinery Of Fate’ toppermost of the poppermost. But that’s not to say there aren’t some fancy goings on, because there are.  But they’re subservient to the song, which is how it should be.

If anyone remembers this duos trio with Trevor Horn as The Producers, then this is actually almost a follow up in style and scope. But whatever way you come round to it, this is an excellent release, that would chart if only anyone ever got to hear about it.

An odd name for a band, and one predestined to defeat the internet. But maybe that is the plan.  They’re a band from Atlanta, Georgia, and a modern rock one at that. But at least they’re making the effort to sound different rather than being yet another Foo Fighters clone.

And on this EP they show a sturdy approach to their music, with some decent riffs and some good melodies, which is showcased best on ‘In The Shadows’, the best of the three tracks on offer.  There are some nice signature changes, and they make a fine racket for a three piece.  There’s promise in these grooves. 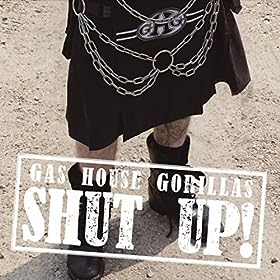 Another daft name for a band, this time comprising Rick Fink on lead vocals, Crusher Carmean on bass, Oscar Rodriguez on guitar and Eddie Everett on drums.

There’s is an interesting sound, as at heart they’re a jump blues band. But one that has a lot of aggression to it, and a rough and ready approach, which might put some people off.  But there is a vim and vigour which wins you over on tunes like ‘Party On The Second Floor’ and ‘The Things That Swings’.

It’s a mix of jump blues, rock and roll, and even a pop punk edge, which I would imagine rocks the house when they take to the stage.  But even from the comfort of my rocking chair, they managed to raise a smile. 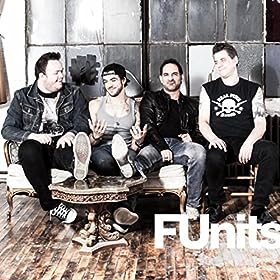 The names just keep getting worse, as here comes a band who seem to have taken seventies styled furniture units as their inspiration.  Although, apparently, they are named after a diesel engine locomotive built by General Motors’ Electro-Motive Division in the 1940s and 50s.  So there.

They say it’s a metaphor for the band’s sound — “hard, fast, loud… fueled by power-pop hooks and raunch-rock riffs slammed together with the heavy driving force of a runaway freight train”.  Which translates as modern rock with a soupcon of attitude, provided by Scott Bellina (vocals/rhythm guitar), Tom Meehan (bass), Max Holland (lead guitar), and Davide Loop Filippini on drums.

There is more than a whiff of nineties pop punk hidden in the grooves, coupled with the legally obligatory Foo Fighters influences, but this EP does have two crackers tucked in there, namely ‘Snakebite’ and ‘Electro Bomb’.  They’ve had a couple of albums out already, so they may have missed their day in the sun, but as modern rock goes, this is a good one.