Reviews roundup – Teresa James vs.   Damian Wilson vs. Holon vs. Snail vs. GloryDaze

Let’s start off the day with some blues courtesy of Teresa James & the Rhythm Tramps.  They’re based in Los Angeles although Ms James is originally from Texas and this is their ninth album in a lengthy career.

Most of the material is brand new from the pen of Rhythm Tramp Terry Wilson (who also shows off on bass, guitar, organ, percussion and backing vocals) and it’s good stuff.  There’s a hot band pushing things along and Ms James is a fine singer.  Musically it falls on the soulful side of bluies rock with some rock and roll fun thrown in for good measure.

It makes for an enjoyable listen on the brass driven soul cut “The Power Of Need”, the slide guitar drenched “Hollywood Way” and the rock and roll riot that is “I Like It Like That”.  The only other cover is a John Hiatt retread and it’s a testament to the original songs that they stand up alongside the two classic covers.

You don’t get many Damian Wilson solo albums.  It’s been over a decade since the last one and it’s only his fourth altogether but then he has been busy progging and rocking it with the likes of Threshold, Headspace, Maiden United and moe guest appearances than you can shake a stick at.

In his downtime though he likes to move sideways, so there is no hard prog or rock on offer here, rather melodic rock bordering on eighties AOR.  And it’s really good.  It also gives his voice a chance to shine across its range, something that is often missing from his other work.  So fans of his voice will enjoy this.

Some of the pop / rock on offer would be chart bound if he wasn’t who he was as songs like “Impossible” and “Thrill Me” are straight down the middle radio hits. At times you get a hint of show tune, with “Somebody” the most West End but “Sex & Vanilla” cranks out the rock for his long term fans.

It’s an enjoyable release and not just for fans of his band work. 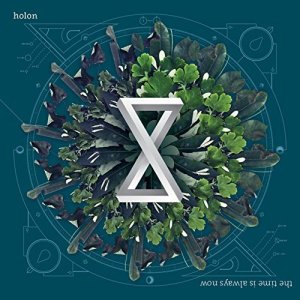 Norway now for some prog rock.  ‘The Time Is Always Now’ is a collection of songs written over the last ten years by Norwegian guitarist Ronny Pedersen which he didn’t deem suitable for hos other projects.  But he didn’t want good songs to go to waste so here they are.

He got together some like minded musicians with producer Rhys Marsh also singing on some tracks as well as playing keyboards and a couple of female singers were also brought in board  – Silje Leirvik (whose ambient prog release ‘Endless Serenade’ was rather lovely)  and Kari Harneshaug.

It took four years to complete and is a rather nice set of seventies styled mellow prog which brings to mind early Mike Oldfield, a touch of Focus and even some Camel.  It’s a record to indulge in as it takes time to unfold and some may find the lack of contrast a bit much but on tunes like “Falling” and the title track you can’t help but get caught up in the mood. 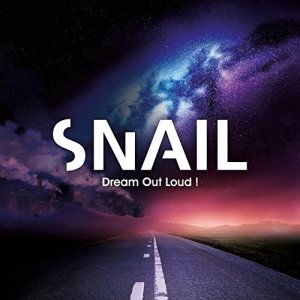 To France! Well Corsica to be exact and Snail.  Yes, a French band called snail.  Too. Many. Jokes.

And what they’re doing is relatively mainstream alternative rock but with a slightly hard edge.  So it’s more Biffy Clyro than Coldplay.  That’s not to say they can’t go for the latter sound when the mood takes them but they’re a bit too fond of guitars to rock out completely.

They’re good at what the do and early on have an adventurous take on their sound.  By the time they hit “Road To The Sun” they settle down into their Biffy meets Kings of Leon sound and fans of both bands will take to the likes of “World On Fire” and “Never Thought Forever Know”.

Heavy! Fudgin’! Metal!  That’s what you’re getting from GloryDaze.  Yes, the German metallers are looking back to my childhood and recreating the sound of my youth.

So it’s NWOBHM, early gumby metal ala Saxon, some Eurometal of the Accept ilk, studded wristbands and songs called “Nightmare”, “Thunder” and “Icarus”.  It’s an album that bleeds metal.

It’s the brainchild of a well known (in Germany) German vocalist called Many Stürner who has been on the go for ages, primarily with a band called Avalon.  Together with his colleagues he’s conjured up a time long gone but which still resonated with the boy I used to be.  Other metalheads of a certain age will agree and this is definitely an album for them.