Reviews roundup – King King vs. Alex Lopez vs. Victim Of Illusion vs. Jim Roberts and the Resonants vs. Anastacia

The lead single for this album, ‘(She Don’t) Gimme No Lovin’, was a clue as to where King King were heading. It saw them moving further into the world of classic rock and away from their blues rock origins into a world where early Thunder, eighties Bad Company and vintage Whitesnake play happily in the same sandpit.

And the album confirms that move. It’s a sound that would fill out an arena back in the olden days and is a world away from their blues heavy origins. Now I grew up with the bands above so this record makes me very happy indeed. Here’s hoping they can take the fans who’ve travelled with them this far as well as adding enough to actually fill out an arena. Fingers crossed that they can get Alan Nimmo sorted out for the rescheduled tour at the start of next year because some of the songs on offer here should sound immense in a live environment.

They’ve got a couple of tunes that could even get them some airplay with the aforementioned ‘(She Don’t) Gimme No Lovin’ and ‘Long Time Running’ the most likely to fill that brief, where they manage to craft a hook filled melody without losing any of the power within. There are some great arrangements as well with the harmonies and up front organ on ‘Broke’ particularly of note. It’s not all perfect as a quick listen to ‘FInd Your Way Home’ will attest, but there is more than enough here to suggest that King King are ready to move into the world of rawk and grab it by the horns. You can tell where they want to go by the bonus track on the double vinyl version which sees them take on ‘Give Me All Your Love’ by Whitesnake.

However, if you’re in the mood for some gritty blues rock rather than rock blues then you might want to check out the latest from Alex Lopez.

It is to all intents and purposes that rare beast, a blues concept album, which tells a tale of someone who travels down a path that leads to addiction and their struggle to find a way back home. It starts with innocent beginnings takes you through despair and eventually to redemption and salvation. Autobiographical? You’ll need to ask Mr Lopez. But it’s certainly a gritty and, at times, difficult listen. Not because of the music but because of the concept. Mind you I’m a walking raw nerve at the moment so maybe that’s just me.

He’s a great guitarist as you can tell from the opening riff of ‘Dangerous’ and the slide work on ‘The Wildlife’, and along with his band he puts on a really good show. He can write a good melody as well, as the radio friendly ‘Redeem Me’ demonstrates and it’s an album you really should listen to. Personally I’d have stopped before the bonus tracks. Good they are the rest of the songs hold together as a story although the stripped down ‘Dance the Night With Me’ is a peach of a song. Highly recommended. all-around albums.

To Italy now for some modern prog rock from Victim of Illusion. So, no, they’re not a Michael Schenker Group tribute band.

What they’re doing is modern melodic prog, the kind of thing that Porcupine Tree have been up to for a while now. They also look down the barrel of the alt gun and bring in some Radiohead styled influences which will probably appeal to the young ‘uns out there.

And they’re certainly musically proficient as you need to be when you’re taking this sort of thing on and there is no doubting the ability of guitarist Peter Hamer (who also takes on synths and programming), vocalist Paolo Gurlino and bass player Luca Imerito on songs like ‘Before My Eyes’ and ‘Hollow Man’.

They’ve already had a couple of earlier releases so if you’re a modern prog fan with a yen for late period Marillion, then this is certainly worth streaming before you buy. 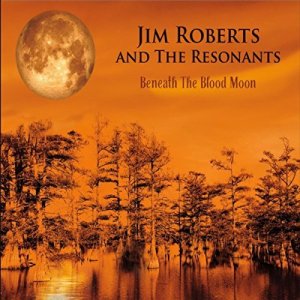 JIM ROBERTS AND THE RESONANTS
Beneath The Blood Moon
independent

Once upon a time Jim Roberts wanted to be a name musician. He had a go back in the early seventies but then life got in the way and he became, of all things, a police man.

But once he retired from the police force, he fired up his musical mojo yet again and set to play the blues again. Along with Roberts on vocal and slide, he’s joined by his band, The Resonants – Mike Harvey on drums, Tony Jack Grigsby on bass and Mike Finnigan on keyboards. And it’s one of those records that covers the whole gamut of blues, roots music and Americana.

He’s got a strong voice which really sets off some fine songs with the likes of the blues rocker ‘Dog Done Bit My Baby’ and the big ballad ‘May All Your Regrets Be Small’ two of the highlights. In fact with the right push the latter song would have been a sure fire seventies radio hit. There’s not a duff track on offer and anyone who likes their blues on the roots rock side should be listening to songs like ‘Dark Down On The Delta’ and ‘The Hell Hound’s Due’.

It’s one of those records that comes out of nowhere and stays with you for a long long time. Recommended. 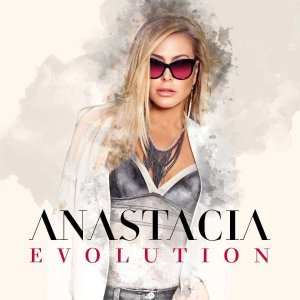 ‘My Everything’ just broke me in two. Since my wife died last month I’ve tried to avoid heart rending ballads but this one was a step too far. Anastacia says she wants a song people can play at weddings. Well it will do for funerals as well.

That aside, and it’s song I will be skipping, this is a strong album from Anastacia, one of the finest singers of the last twenty years. It’s a record that fits firmly into the mould of her later albums, the ones where she opens up and sings about the sad side of life. Which is most of it. That’s not to say she’s completely abandoned her pop sensibilities because there are a lot of excellent pop melodies tucked away on this release.

But it’s more ‘Left Outside Alone’ than it is ‘Boom!’ but that’s what experience does to you. Songs like ‘Bover’ and ‘Redlight’ show that she can still pack a powerful performance, and the combination of co-writes and outside material hangs together really well. The first few listens don’t really throw up a killer radio song that will get her back to the heady heights although the aforementioned ‘Redlight’ probably comes closest.

Strange to say she only seems to be signed to Polydor over in Germany so you can either buy it as an import or sign up to a Pledge campaign as per her recent live albums. A fine release from an always impressive singer which is a worthy addition to her catalogue.