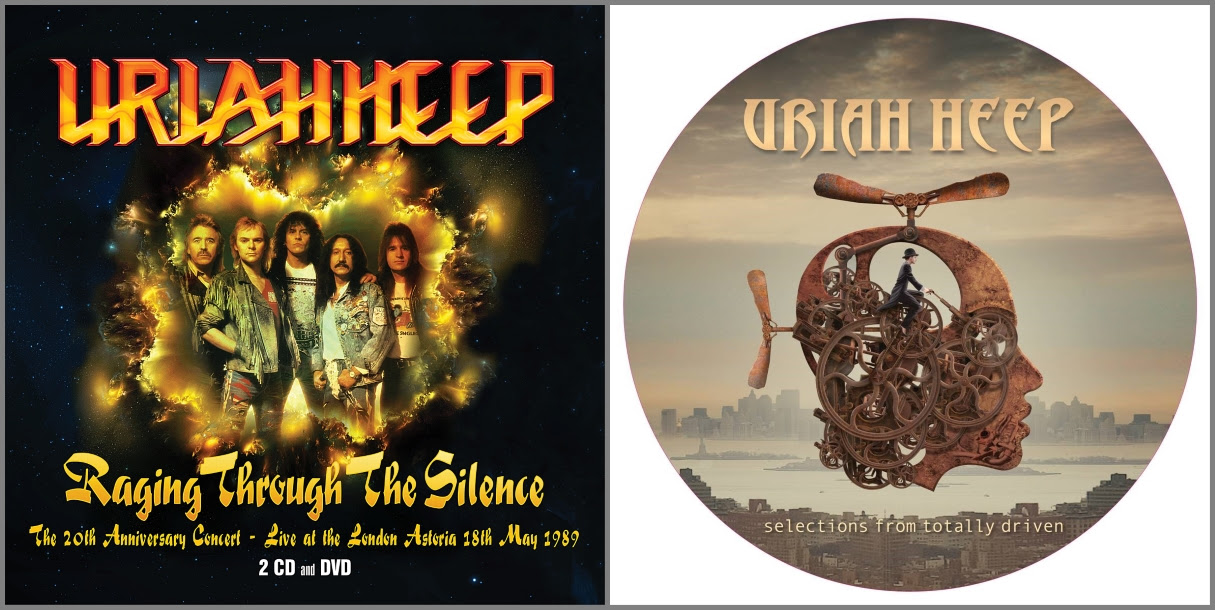 Uriah Heep is pleased to announce the release of a 2CD/1DVD package of their 20th Anniversary show in 1989, which has only been available on VHS previously.  This remastered release is now available on Download and as 2 CDs and 1 DVD in all new packaging.

This concert is likely to be the only gap in many committed fans’ collections and gives their core fanbase the opportunity to complete the entire Heep discography.  This release is the culmination of a long process to make sure all of the Uriah Heep back catalogue is available in modern day formats and digitally.

The set also includes a bonus audio interview, recorded on the same day as the concert, which was previously only available on picture disc LP and CD for a very limited amount of time.

Of this release, Mick Box said “This is a great meeting of two products, which were always closely linked together, and are now merged into one definitive set.  This is the second release on Uriah Heep Records and a great reminder of our 30th Anniversary celebrations!”

The band has also heard fans’ voices and released the first vinyl title on its own label, a picture disc LP called Selections from Totally Driven, which features the stunning artwork of Igor Morski.

The LP draws on tracks from the band’s own label’s first release, Totally Driven, which was a 2 CD collection of re-records of their greatest hits and continues to be available.

Both of these projects are available on Amazon, iTunes and by all good retailers on the band’s own Uriah Heep Records, via Cherry Red.