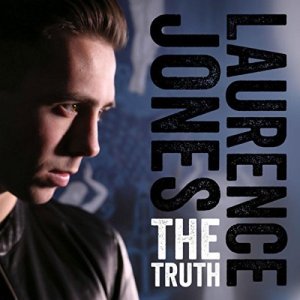 He’s been tagged as the “future of the blues” but with this latest release he’s moving further into the mainstream. So if you’re one of those people who think Eric Clapton plays the blues then the tag might be spot on. He himself calls it “crossover blues” and as well as Clapton highlights John Mayer as a hero. And that makes a lot of sense.

He’s certainly an accomplished performer and writer, and his playing has been honed on many a road trip. As well as his own shows he’s toured with the likes of Status Quo, Kenny Wayne Shepherd, James Bay, Van Morrison, Buddy Guy, Robert Cray, Joe Bonamassa and many more. So he certainly knows his way around his instrument. Things kick off with ‘What Would You Do’ and it’s straight down the middle classic seventies blues tinged rock. So his aim, mentioned above, has been achieved right from the off.

A couple of tracks further on and ‘Hold Me Close’ is a fine pop/rock tune that would have been a chart botherer back in the late eighties while he gives us his take on that sweet soul music on ‘Keep Me Up All Night’. At times there are touches of the Rodgers-less Bad Company which did so well over in America and that’s a good place to be, as far as I’m concerned. Granted, it’s most definitely not a blues album but if Mr Jones wants to find himself a larger audience then this is the direction he needs to take.

Mad as a very mad thing. That’s how power and prog metal should be. So I’m tipping my topper to Koos J Thönissen who has went all out on this release.

Yes, it’s a concept album. Yes, it’s basically about dragons. Yes, it’s completely over the top. Which is how it should be. The basic concept is the story of a Dragon being orphaned at birth, getting rescued from certain death by Unicorns who raise him and who eventually saves the World battling an underground species of Humanoids who have made it their priority to destroy all life on the surface. Oh, yes, indeed. Dragons and Unicorns! I’m a happy man.

It’s spread across 2 CDs and Thönissen takes care of nearly all the instruments with Jeroen van den Biggelaar (guitar on Certamen Ultimus) and Ron van Rhee (flute on Consulting Cerna) popping in to help. He’s brought in five female singers to take care of most of the vocals with spoken word interludes from Ian Jillings. Musically it ranges from trad metal to power metal and off into prog metal with more than a few hints of symphonic metal, especially on the longer tracks such as ”Gol Matoo’ and ‘Certamen Ultimus’. As metal operas go, this is a good one. It’s a DIY project so not everything is from the top drawer but probably 80% of the record hits the sweet spot.

Ambition such as this deserves to be heard and lauded.

Dominique Vantomme is fairly well known over in that there Europe having worked with many pop and rock bands as well as being a jazz piano instructor at the Music Conservatory in Kortrijk, Belgium.

A couple of years back he went to see Stick Men in concert and struck up a friendship with bassist/stickist Tony Levin (King Crimson/ Peter Gabriel/Stick Men). The two hooked up with Michel Delville (The Wrong Object; douBt; Machine Mass) on guitar and Maxime Lenssens on drums to go into the studio to works out some fusion grooves. And this is the result.

It’s all rather good, especially as it takes a few liberties with the notion of fusion, eschewing the jazzier side and dipping into the worlds of psych and prog. Which is fine by me. Numbers such as the delightfully named ‘Playing Chess with Barney Rubble’ manage to take all these influences and more, melding them into a splendid new. Best of all is ‘The Self Licking Ice-cream Cone’ where all the musicians are given a chance to stretch out and re-imagine their individual sounds across a space filled with inventiveness.

Fans of fusion would be well advised to check this out immediately, but there is a little something for everyone who yearns for a new listening experience.

Some modern alt-folk that dips into the world of Americana from the London based Irishman and his band.

After moving doon South a few years back Mr Corcoran cherry picked the best of the alt-country scene in the English capital for his band and has ended up with violinist Basia Bartz, multi-instrumentalist Lyle Zimmerman, Cajon player Hjordis Moon-Badford, bassist Anna Robinson and drummer Jamie Shaw on drums who do a grand job of fleshing out his musical sketches.

You can tell he’s spent a lot of time watching Heartworn Highways as it’s the sounds of Guy Clark, Townes Van Zandt and Steve Young that have flowed through into his songs with ‘Downtime Waltz’, ‘Blackhearted Man’ and ‘Four In The Morning’ fitting seamlessly into tales from the grubby side of life.

He has a voice well suited to the late night tales he’s telling and with a sympathetic production and band, this should definitely get his name noted in all the right places.

Yes, it’s glam, bang, thank you ma’am from a band who seem very partial to the world of Motley Crue, Kiss and Steel Panther. And there’s nowt wrong with that as some of my fondest musical memories (and others, koff) are from that time when all anyone wanted to do was have a good time, all the time. And there is no doubting the enthusiasm of the brothers Shield and buddy Shade.

For sure, it’s a home made record so the production is more Wrathchild (UK) and SIlverwing than a glossy 21st century sound but that never stopped the aforementioned Kiss from selling bucketloads. They’ve been touring hard and make a fine racket which along with songs about partying, groupies, sex, partying, the utility companies (!) and partying make the record flash by in a welter of sordid sounds that range from sleaze rock to pop / punk.

At the moment they’re more Roxx Gang than Motley Crue but for their first time out of the blocks, the boys done good.