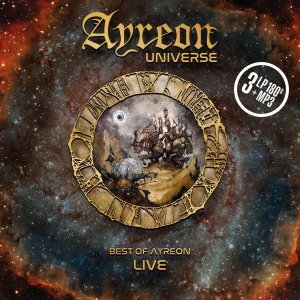 I suppose this is the first “proper” Ayreon live album. “The Theater Equation” being a live version of “The Human Equation” and “Live on Earth” by Star One and “Live in the Real World” by Stream of Passion being just that. Live albums by his other projects.

But this is the real deal. An all singing, all dancing best of live album with hunnerds of singers and musicians including Floor Jansen (Nightwish), Damian Wilson (ex-Threshold), Hansi Kürsch (Blind Guardian), Tommy Karevik (Kamelot, Seventh Wonder), Anneke van Giersbergen ( The Gentle Storm, ex-The Gathering), Marco Hietala (Nightwish, Tarot) and many, many more. All told there are over two dozen performers on this release and even Arjen Anthony Lucassen himself appears from the shadows to perform on a couple of his own tunes. Something he very rarely does live.

It was recorded at three shows in Tilburg, Holland sees the band performing tracks from right across the Ayreon catalogue. And it’s very good indeed. The instrumental band are right on the money and the singers play their parts well. So what you’re getting is what will probably be a one off experience featuring some of the finest prog meets space metal you’re every likely to hear. Because Ayreon is the best at what he does. There are plenty of other players on the scene but he sets the benchmark for everyone else to have a tilt at. For sure, “The Theory of Everything” was a bump on the road but “The Source” got things back on track again.

There are plenty of highlights with ”Valley of the Queens’ and ‘Dawn of a Million Souls’ real gooseberry moments. I even got to hear some Star One with a great take on ‘Intergalactic Space Crusaders’. It’s out in an assortment of formats as 2CD audio, 3LP vinyl, 2DVD and Blu-ray video formats with a deluxe earbook containing the 2 audio CDs, the 2DVDs and the Blu-ray. Me, I went for the 3LP version (which comes with a download card) as I’m an old man and like things that way. , plus bios of all of the participants (written by Arjen himself) and lots of extra photos. Fans will absolutely love this although newbies should probably start with the studio releases and work up to this offering. 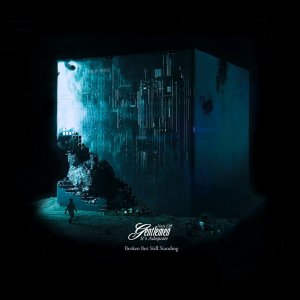 We’re staying in proggy territory with the third album from the fabulously named Hats Off Gentlemen It’s Adequate.

Deep breath time, now, because this is a science/science-fiction themed concept album which follows the story of human evolution, from LUCA, the last universal common ancestor of all current life on earth, via Lucy, one of the possible precursors of our species, to conflict and eventual symbiosis with artificial intelligences. Loud cheers all round from all the hard core prog fans in the room.

And it’s very good. The brainchild of Malcolm Galloway, who is assisted by Kathryn Thomas (flute), Mark Gatland (bass), Rudy Burrell (drums) and Ibon Bilboa (guitar), Hats Off Gentlemen It’s Adequate use old school prog as a jumping off point and are quite happy to bring in all sorts of bits and bobs from around the musical world. Which may offend some as funky bass riffs aren’t a staple of this location. So ‘Host’ is probably not the best place to start. However, ‘Last Man On The Moon’ and ‘One Day When’ will probably cause a certain degree of moistness amongst people of a certain yen.

It’s mainly prog but as mentioned before it takes in some indie rock, electronica and a touch of ambient (the latter not a surprise given Mr Galloways solo minimalist releases) but the core songs, excellent performances and ambitious designs make this a release you really should be checking out 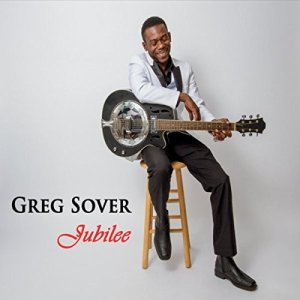 “Songs of a Renegade” was a good album even if I found it a bit unfocused. It was mainly rock with funk, reggae and some blues thrown in there. “Jubilee”, however, seems a bit more certain of itself. Which is a good thing.

It’s more blues rock this time so right up my street. It might also be down to the fact that this is basically an extended EP so he’s maybe switched a filter on to get some consistency going. The best of the lot is the title track which goes all out for the blues rock sound and is a winner from start to finish. He also pulls off an excellent slow blues in the shape of ‘As the Years Go Passing By’, a Peppermint Harris song originally recorded by Fenton Robinson, (no relation). Everyone has had a pop at including Albert King, Elvin Bishop, Gary Moore and Jeff Healey, so making it fresh is mighty fine work.

There are five main tracks here, all of which work well, along with a live cut, ‘Temptation’, and an edit of ‘Hand On My Heart’. It might be short on length but it’s long on quality. A good one. 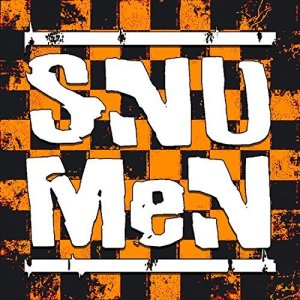 German punk rock, eh? The band say, [koff], “SNU:MeN are playing a mixture of Punk-Rock and Nu-Rock made up of melodic guitar parts and duophonic vocal lines which are alternated by metal riffs and hardcore screams. We call this mix (S)Nu-Punk/Rock”.

I’m glad that’s been cleared up. If you want to know what it sounds like, well, they’re actually more on the edge of hardcore and metalcore than anything more melodic. So very shouty. Gary, Rotti and Doom (probably not their real names) used to be in a covers band but back in 2011 they decoded to follw their dream of yelling a lot and being angry. This resulted in a debut EP in 2012 and a debut album in 2014.

For its type they hit all the marks and ‘Life Is (Not) A Game’, ‘Walls Of Hate’ and others will certainly go down a treat with fans of H2O and Gallows. 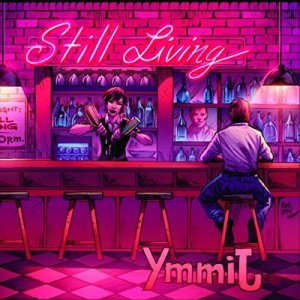 Well I don’t know who Jimmy is but now he’s got an album named after him.

Still Living are that strangest of things. A Brazilian melodic rock band. I say strange, there may be a vibrant scene over there, but the only bands from that part of the world to make an impact over here seem to have been the noisier ones.

It’s their third release, following on from “From Now On” and “Humanity”, and they’ve certainly got a handle on their chosen genre. And that genre is AOR tinged classic rock from the eighties. The opening ‘Reign Of Pills’ sets out their stall early with a great riff and catchy hook. From then on it’s a good set of songs well played. For sure, the production isn’t in Mutt Lange territory but they’re doing this themselves. In Brazil.

There are plenty of good songs on offer with the moody ‘Haunted’ and the pure AOR of ‘The Man I’ve Become’ definite highlights. Mostly though, they keep a hard edge to their arrangements which means it’s got balls as well as fluff. It’s not perfect but it’s certainly worth melodic rock fans giving it a spin.