Reviews roundup – The Apocalypse Blues Revue vs. Emerald Sun vs. Dusan Jevtovic vs. Flight Of Icarus vs. Stuckfish 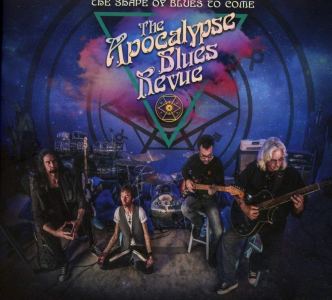 THE APOCALYPSE BLUES REVUE
The Shape Of Blues To Come
Provogue

A few years back The Apocalypse Blues Revue had a surprise hit American debut album. Even though they do have a couple of Godmack members in their ranks, no-one expected a mixture of blues riffs and heavy psych beats to do that well. But it did and they’re back for more.

They’re happy to fess up to early seventies rock influences but rather than coming up with another Led Zep pastiche they’ve dug deeper into the world of Blue Cheer and Vanilla Fudge, thrown is some Freddie and Albert King licks and then headed off in their own direction. Like a bluesy Monster Magnet they underpin everything with some monster riffs and then play off that. Something that really lifts the best tracks into an otherworldly jam. To get that you’ll want to tip your hat at ‘Hell To Pay’, ‘To Hell With You and all eight minutes of ‘What A Way To Go’. Not everything hits the target but more often than not you’re left thinking WTF was that! 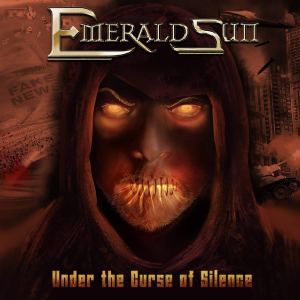 EMERALD SUN
Under The Curse Of Silence
Fastball

To Greece now for some really enjoyable power metal.

Emerald Sun are the band and they’ve had plenty of time to learn their chops as they’ve been around since the late eighties. Which might explain the cover version of ‘Fame’, a version that should give Irene Cara some sleepless nights! It’s their fifth album and it sounds big, something that always helps in this genre. They do shoot their load early, mind, as the opening track ‘Kill Or Be Killed’ is the best song here. There are still plenty of strong melodies and riffs after that, but the opener is a real gem.

They’ve even got a power ballad which would have got the lighters aloft in 1988. It’s a wee cracker called ‘Journey Of Life’, a song they like so much they’ve chucked on a Spanish version at the end. Yes, a Greek power metal band who sing in English doing a Spanish version. Truly, we live in remarkable times. Another highlight is ‘Blast’ which sees them roping in Rage frontman Peavy Wagner for a sing song.

There’s maybe two too many mid-tempo numbers which slow things down slightly but you can’t fault the performances or the songs. Power metal the way it should be. 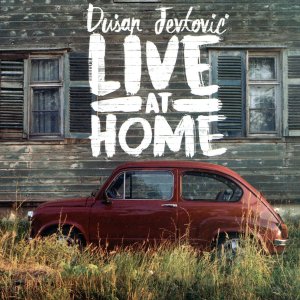 To Serbia now for some jazz fusion as our world tour continues.

A year or so back I enthused about his “No Answer” record. This time around he’s eschewed the jam in the studio for two days approach and, as the name suggests, recorded a live album.

He’s still got keyboardist Vasil Hadzimanov on board, although he seems more up front and centre than he did on the last record. Something that is patently obvious as they kick things off with the title track off that record. There is a new rhythm section in the shape of bassist Pera Krstajic and drummer Pedja Milutinovic but they’re more than capable of keeping up with the intricacies on offer.

And it is very intricate as the musicians weave in and out of eacher, no more so than on ‘Angel / Al Aire – Soko Bira’ which sees him interlocuting one of his own tunes with a traditional Serbian folk tune. Halfway through Dusan and the band decide to become a seventies fusion band and things go all King Crimson/ Jaco Pastorious. Which is nice.

If you are a fan of jazz fusion you’ll be hard pushed to beat this in 2018. It actually seems to work better this way, as they are more a band and less Jevtovic and a backing group. Buy without fear.

Sometimes you really need to reconsider your band name. Preferably before you release an album. Not that it’s not a good name. But it was an Iron Maiden hit back in ye olde days which is going to confuse a helluva lot of people. And you’ll struggle to find them when you’re having a Bing.

Add in the fact that they’re not even a metal band and confusion reigns. Which is a real shame because they’re actually very good at what they do. And what they do is modern pop/rock. They’re a duo from Gothenburg, Sweden but they’re considerably more Roxette than they are At The Gates, more Alyson Avenue than they are Nightwish.

Their thing seems to be mellow, atmospheric pop / rock with a few indie touches. But eighties indie rather than modern. Which works a treat when the songs are as good as ‘Where The Stars Collide’, ‘Dawn of a New Day’ and ‘A Better World’. The core are singer Elisabeth Särnefält, who has a magnificent voice and the multi-talented multi-instrumentalist Oskar Frantzén.

Together they have combined AOR, pop and rock into something that could build into something very special. Don’t make the mistake of letting them get away. Get it now.

Once upon a time there was a North-Eastern (or dahn Sarf as I think of it) NWOBHM band called Overkill. No relation to the US thrashers. Like many of their ilk they split before making a splash.

Fast forward thirty years and two of the members – singer-songwriter, Philip Stuckey and guitarist / composer Adrian Fisher got back together to put together a prog tinged melodic rock album under the frankly appalling name of Stuckfish (even Herkey would have been better). And it’s really quite special. They haven’t foregone their metal roots as some of the guitar riffology is pure metal, but the melodies are out of the latter day Pink Floyd songbook. It works really well and when you add in some mental as anything lyrical ideas there are more than enough OMG moments (as I believe “the kids” say).

There are at least three tracks that will have you hitting the repeat button immediately which is a cracking rate of return. Those would be ‘Better to Run’, ‘Overwhelmed’ and ‘Wall of Silence’ which are just utterly fantastic. I’m not saying the rest is keech. Far from it. But they’re just so good. add in a homage to Game of Thrones (the closing ‘Something To Believe In’) and you’re left with a very special album indeed.