Reviews roundup – Mike Vernon vs Leaves’ Eyes vs. Mob Rules vs. Dany Franchi vs. The Furious Seasons vs, Dawn Of Life 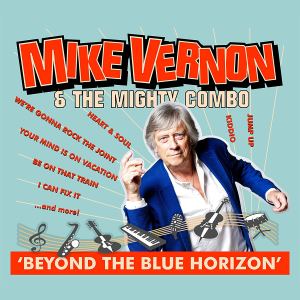 MIKE VERNON & The Mighty Combo
Beyond The Blue Horizon
Manhaton

If you know blues then you know Mike Vernon. As a producer with his legendary Blue Horizon label (natch) he was a pivotal figure in the British blues scene for a long, long time.

But when others are sitting in a rocking chair he’s decided to get out there and tread the boards with his Mighty Fine Combo. And now they’ve went into the studio and recorded a very enjoyable record. It’s very old fashioned as they take a daunder through what is mainly a set of jump blues. But as someone who loves jump blues there’s going to be no complaints from my end. There’s nine new tunes and three covers from Brook Benton, Mose Allison and Clarence Henry, with ‘Kiddio’ the best of the covers. And not just because I used to sing that down the phone to the late Mrs H back in our winching days!

The chosen genre might come as a surprise to those who associate his name with the likes of John Mayall’s Bluesbreaker, Ten Years After and Savoy Brown but as Mr Vernon is a child of the fifties it makes sense that he would have been listening to the likes of Wynonie Harris, Joe Liggins, Fats Domino and their ilk.

Granted, he’s nae singer despite some time with Rocky Sharpe & The Replays but he can hold a tune and is happy to talk his way through some of the parts. However that takes nothing away from the majority of the tunes, except for when they take a step into a slow blues and the band, replete with brass, are all top notch. But numbers as sprightly as ‘Old Man Dreams’, ‘“Heart & Soul’ and ‘Hate To Leave (Hate To Say Goodbye)’ are delightful, putting a tap in your foot and a spring in your step! 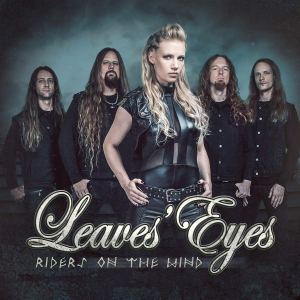 I like Leaves’ Eyes. Always did. So I was pleased they managed to hurdle into the Liv-less years with the splendid “Sign Of The Dragonhead”. I even splurged on the 2CD digibook version.

But now they, along with a lot of other metal bands, are taking the piss. See, I don’t mind a special edition if it’s actually special. But this single is out to promote the tour edition of “Sign Of The Dragonhead”. Which has been expanded from the 2CD version to a 3CD version. With this. Yes, seriously.

The third disc has ‘Riders On the Wind’ which is already on the main album, and two acoustic versions of ‘Across the Sea’ and ‘Jomsborg’.  So why would you buy that when you can get the CD single with all three tracks for a fiver?

Regardless of musical quality, do you ever get the feeling you’ve been cheated. 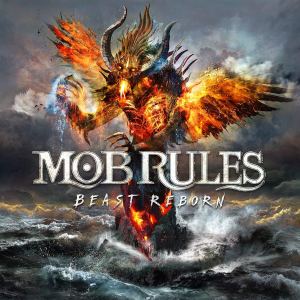 I suppose I ought to declare my interest here as when my late wife asked me what I wanted for my birthday back in 2014 there was only one answer. The 3CD / 1DVD edition of “Timekeeper”, the Mob Rules boxset they very kindly released the day after my birthday.

See, I’ve never quite understood why Mob Rules weren’t up there with the big boys of power metal. After the obligatory iffy first couple of albums everything they’ve done has been straight out of the top drawer. Only vocalist Klaus Dirks is left from their earliest days but despite the plethora of lineup changes they’ve always managed to stay at the top of their game. And “Beast Reborn” is no exception.

They’ve got everything you could possibly want from the genre with the legally obligatory Iron Maiden references, some stunning solos and melodies that stick in your head for days. Are they doing anything different? Of course not! And fans of the genre don’t want it any other way. So Mob Rules deliver the goods at the highest level and, hopefully, this ninth album will make a few new converts. It should as ‘Traveller In Time’ and ‘Revenant Of The Sea’ are the two best slabs of power metal I’ve heard all year. And the rest of the songs are no slouches either.

Seriously, if you like power metal, do yourself a favour and get this. You won’t regret it. In modern marketing style it’s out as a DigiPak CD, double gatefold orange with black swirls vinyl (with printed inner sleeves + CD in cardboard case), download and stream. A limited edition of 500 box sets will also be available, containing the digipak CD, double LP, a printed towel, 2 track bonus CD, patch, sticker, hand signed photocard and certification sheet. 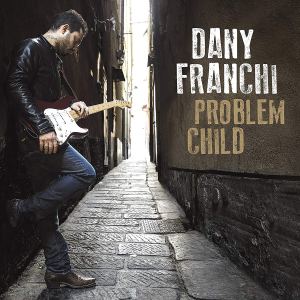 It’s quite old fashioned, which suits me to a tee, and the three covers from Eddie Taylor, Freddie King and Willie Dixon should show you just where his head is. Of course, it helps that he’s a fantastic singer, with a touch of grit to his vocals. And he’s an amazing guitarist. Which, frankly, is just showing off. His backing band are great as well, especially when augmented by The Texas Horns. The rhythm section, in particular, are deserving of particular praise showing a lightness and deftness of touch too often found to be missing.

The record sounds great as well, so it was definitely a good move bringing in elder statesman Anson Funderburgh to produce. Their isn’t a bum note on the record as the groove, swagger and funk shines on every song. Best of the bunch for me were his own ‘My Only One’ and his take on the Willie Dixon standard ‘Everything Gonna Be Alright’ but wherever you drop the needle you’re going to find pure gold. He can do hard driving rhythm and blues, he can do slow, soul tinged blues and all points inbetween. Essential listening for blues fans. 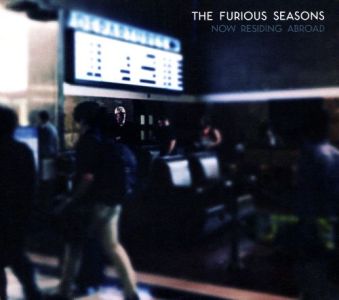 To the American colonies now for some laid back acoustic folk / Americana.

The Furious Seasons are the trio in question, although furious is not a world I would ever associate with the music. I’m assuming the words are where the fury lies as there is a lot of political commentary in there.

As you would expect, writer, singer and guitarist David Steinhart has a left wing view on the world although, thankfully, he also finds room for some more human interactions on some of the songs. Musically, the arrangements are top notch as he combines well with guitarist Paul Nelson and upright bassist Jeff Steinhart to make things seem bigger than they are.

They’re experienced musicians which shows through, and when a song comes along that really connects as happens on ‘Tethered’ and Marathon’, then it makes for good listening. People who like this sort of thing will really, really like this. 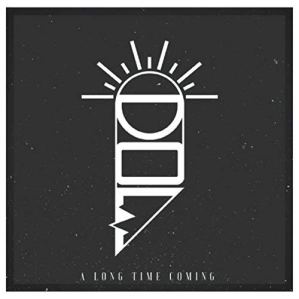 We’re staying in the USA and heading off to Spokane for some classic rock meets post grunge with a dose of indie.

Brothers Stephen (guitar/vocals) and Sam (drums) Shoemaker formed the band six years ago before linking up with bassist G Train in a post-modern power trio.

It’s their debut album and they certainly show some potential as well as an experimental side. After all, not many records start off with a drum solo! They seem to take a lot of lyrical cues from the seventies singer / songwriter model which allies up to a grunge type guitar solo along with some gallumphing sixties styled fuzz rock. When it works it’s certainly interesting so if you want to stream before you buy I’d recommend sampling ‘Eye Of The Storm’ or ‘Down By The Riverside’ which are their best tunes by far.

They’re not there yet but for an indie effort, this shows a hell of a lot of promise.