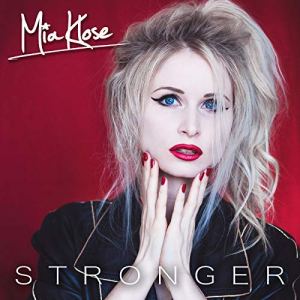 Do you miss the eighties? Naw. me neither. Mind you I missed them largely to the huge quantities of booze and speed I consumed for virtually the entire decade. But I’ve seen a couple of those “Mind How Shite The Eighties” TV shows and they were, um, shite. Well seems Ms Klose misses the eighties as well. Which is odd because she seems far too young. Maybe the eighties in Sweden were great but as I spent my time labouring, working on the boats and getting shot at by Central American guerillas I may have a skewed view.

But she really, really, really likes the pop / rock that was being punted by the likes of Missing Persons, Berlin and Pat Benatar and this record could easily have come from that time. So you’re getting oodles of melodies, choruses that arrive sharpish and some crunchy but not too dangerous guitars. It’s been a couple of years since she last had a record out after touring with Steel Panther and playing festivals such as HRH, Sweden Rock, Bloodstock and Download. So someone out there likes her.

And it’s good. It’s not great. There are a couple of tunes that get close, namely ‘Time To Rock’, ‘Winning This Game’ and ‘Gimme Gimme’ which is where the songs, production and performance really come together. She’s not the strongest of vocalists but her voice suits the generally lightweight material. It’s well produced, courtesy of her manager (and one time Friday Rock Show engineer) Tony Wilson. And he worked with the legendary Spider! The musicians – the delightfully named C-Rexx (bass) and Jonny Nonsense (guitar) along with the less delightfully named Kalle Arheden (guitar) and Henry Rogers (drums) to a bang up job and if you too yearn for those long gone days then give this a go. 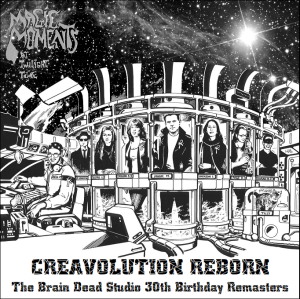 Fancy some Giorio Moroder influenced space rock? Naw, me neither. But Mick Magic (for it is he) has went to all the bother of getting a 23 year old record remastered and rejigged so it would be impolite not to say some kind words about it.

The one time leader of the United World Underground was a weel kent face back in the days of cassette labels but when this emerged on CD after a court case it was never quite how he envisaged it. But with the help of original recording engineer and Brain Dead Studio owner, Marc Bell, it’s now been (technical term alert) tarted up with all mod cons. And it’s a fine listen. Assuming that the aforementioned Donna Summer meets Tim Blake for a Friday night kebab vibe is one you’re looking for. I was so had a grand time listening to the bubble machine party that is ‘The Starship Psychotron’, the swooshing spacerock proper of ‘Kronophobia’ and the epic drone of ‘The Night Fantasia’.

It’s got a new cover, a slightly altered running order and a bonus track from The Thamesmead Rollers which features said Mick Magic. But now it’s over to Mr Magic for a fuller explanation;

“For me, this is far more than just a remaster of a 22 year old album, this is catharsis. “Creavolution” may well have been the most successful MMATT album and best selling M&E release ever, but it was always something of a hollow victory for me, overshadowed as it was, at least in my mind, by the bitter legal battle with the original manufacturer, that both surrounded and tainted its release. When you’re involved in a civil case like that, at County Court level, it’s very hard to keep a sense of perspective, it can easily become very all-consuming, especially when there are no legal professionals to handle everything for you. It had a profoundly damaging effect on my personal life, the aftermath of which Sam and I only just came through in one piece; it was the beginning of seven long years on anti-depressants, which may well alleviate some of the worst symptoms of unending melancholy, but it also fucks with your motivation, drive and ability to concentrate. By the time I came off the damned things, Music & Elsewhere was on its last legs. It would also be 20 years before I recorded another note, and that was just two tracks for MMATT’s 30th anniversary in 2016. Even by that point, I’d already been talking about ‘one last MMATT album’ for at least three years. It just kept not happening. Somehow, I think I needed closure on this one first. 23 years after we finished recording the album, I can finally enjoy it for what it is; “The best damn space rock ‘n roll, dance party, sci fi concept album I’ve ever heard!!!” (Jerry Kranitz, Aural Innovations)”

Details from http://www.mickmagic.net where you can download it for free – here https://bit.ly/2yPVufT – or email marcbell386@btinternet.com for a shiny CD copy for a fiver AND you can also download his book, “The Second World – Chronicles” – direct link is https://bit.ly/2Rw7z0s – that should keep you busy. 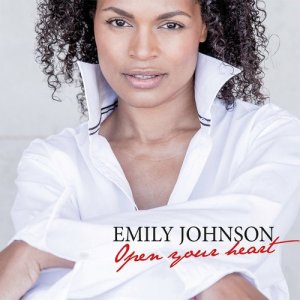 Some pop / soul now from Emily Johnson. Straight off the top I need to mention that she has a fabulous singing voice. No doubt about it.

The Bulgarian / Nigerian singer was brought into the wider eye by the legend that is Mahavishnu Orchestra founder John McLaughlin who then arranged for her to meet with his ex drummer Narada Michael Walden who has also worked with the likes of Aretha Franklin, Ray Charles, George Michael and Stevie Wonder amongst a legion of others. Together they’ve made this debut EP.

To be honest it’s not normally my kind of thing as it heads straight down the mainstream. Or what would have been the pop / soul mainstream twenty years ago. The songs are very commercial offerings about love, hope and redemption, another three things that I heartily disapprove of. But her voice is just so listenable that I’ve revisited the EP several times now.

Whether there is a market for this anymore is open to question but if you’re looking for a great, new singer, then look no further. 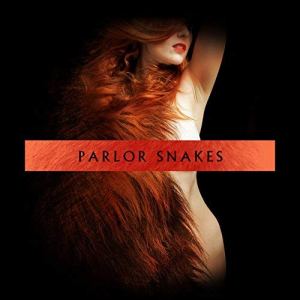 Well if you want to attract my attention, then this album cover is the way to go about it. Especially as my CD copy doesn’t have the band banner. Now if you’ll excuse me, I need some alone time.

Back to the music, and a mere ten years after their debut, this is the second full length album from French rockers, Parlor Snakes. It actually came out a couple of years back but the promo has only recently arrived here in the frozen North, but with a third album imminent I thought I’d give it a crack anyway. And it’s good.

If gritty garage rock with Dick Dale style surf guitars floats your boat. Well I’m the kind of person who has spent far too long in basement bars with sticky floors listening to a host of people trying to get this right. They rarely do but the Parlor Snakes have managed it. They can riff it up with the best of them – ‘We Are The Moon’, get low down and dirty – hello, ‘Dirt To Gold’ – and even slow things down to good effect as the Chris Isaak like ‘Fade In The Light’ demonstrates.