Two years on from “Seasons of the Black” and Rage are back with their 24th studio album.

There have been some duff ones on the way but Peavy Wagner (vocals, bass) and his current associates Marcos Rodriguez (guitars) and Vassilios Maniatopoulos (drums) have hit a rich vein of form of late and are storming into their dotage. It’s been a while since they were a pure thrash band and that continues here as Herr Wagner takes the thrash template and mixes in more traditional heavy metal alongside some power and (whisper it) symphonic influences.

Lyrically he’s taking on the issues of the day with them hitting out at political leaders and their warmongering stance. It’s a record chock full of stunning riffs with the best of them on ‘Chasing The Twilight Zone’, ‘Tomorrow’ and the reworked version of ‘Higher Than The Sky’, reworked here as ‘HTTS 2.0’. My favourite song, though, is the ballad (yes ballad), ‘A Nameless Grave’ which adds some orchestral flourishes to tremendous effect.

It’s a barnstormer of a record which belies their 35 years of existence as it has the energy of a new band demanding the world to listen to them. And you should.

It’s also out as a double vinyl album and limited box set. 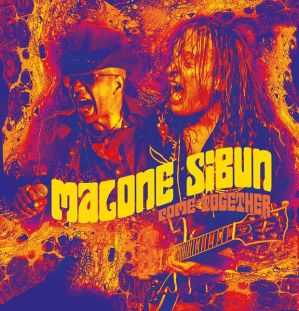 An appropriate title for the coming together of Marcus Malone and Innes Sibun.

The former, Detroit raised and UK based, has carved out a career for himself with his latest “A Better Man” album getting rave reviews while the latter Zummerzet boy has played with Robert Plant and Sari Schorr as well as putting out a string of well received records.

Together they’re mixing up their own sounds with some classic seventies blues rock vibes and have come up with a splendid release. Malone has a strong voice and there has never been any doubt over the potency of Sibuns guitar work which really shines here. The opening title track is a bit of a slow burner but when ‘Let Me Love You’ kicks in then the show really starts.

They can rock when they want to but there is a generally laid back vibe to a lot of the material which really works especially when the piercing guitar lines cut through. Oddly there are only three writing collaborations between the two leads across the ten tracks but the arrangement and production blends their style in fine fashion.

There are a lot of highlights to choose from but ‘A Taste Of Your Love’ is a real winner with its deceptive acoustic introduction and as someone who enjoys a good shuffle, ‘Lovelight’ is a delight. But there’s not a bum track on offer here with all the musicians involved putting in a really good shift. Hopefully this lasts as a band rather than a project and if, come the end of the year, people remember this then it should feature in a few best of polls.

Dave Kerzner has been working away in the world of prog for nearly a quarter of a century and is probably best known for his work with Sound of Contact. But he’s done a lot of other things besides, solo and in collaboration and this double CD pulls tracks from all aspects of his career with rare and live tracks in abundance.

He’s always had a packed Rolodex so if you take a listen you’ll here a wide array of musicians including Steve Hackett, Francis Dunnery, Durga McBroom, Lorelei McBroom, Jon Davison, Heather Findlay, Nick D’Virgilio and Marco Minnemann amongst others. Of course it’s the nature of multi-artist compilations that it’s hard to find a flow and that’s true here. To a degree.

Because wherever he roams it’s prog so whether it’s Sound of Contact, Lofi Resistance, Mantra Vega, In Continuum or his solo records there is a recurring theme there. And there is a lot of good music on offer. The live tracks come across particularly well so the mid section on the first disc of ‘New World’, ‘The Truth Behind’ and ‘Reckless’ were particularly well received round my way.

Over on the second disc there are a couple of great songs with Jon Davison from the In Continuum “Acceleration Theory” album which really deserve a wide audience and even though it’s a long listen prog fans of all ages will find a tremendous amount of listening pleasure plus a few more records to add to their buy list. 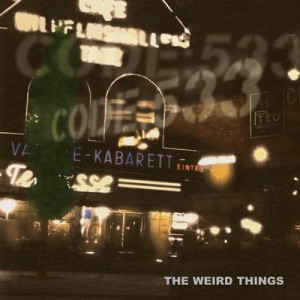 A concept album from a South Lahndahn garage meets punk rock band? Why not.

It’s the second release from The Weird Things, following on from “Ten Digit Freak”, although most of the members have along history with time spent in Tenpole Tudor, King Kurt, Johnny Moped, Chelsea, The Sensible Gray Cells and others to their name.

The concept involves the tale of a teenage girl’s life on the streets after leaving home, presumably in Berlin, what with the sleeve image and the title referring to the station code of the Bahnhoff Zoo station. It’s certainly a record packed full of energy with some crunching guitars on offer and high spirited vocals from Leila Parrott. And if you did buy the first album then, yes, it is a different singer this time out.

The songs are all built on strong melodies so even when they dirty things up there is still something that you can tap your foot to. There are plenty of highlights to choose from although I was particularly drawn to ‘Inky’ and the psychedelic swirl of ‘Why?’. Elsewhere, the mucky ‘Dirty Boys’ and ‘The Innocent Ones’ scored very highly. The production is fantastic (although I suppose it helps when one of your guitarists runs a studio) and the arrangements are interesting with lots of harmonies adding to the listening experience.

They’ve been gigging and playing festivals and this release should certainly help them raise their profile. A good one. 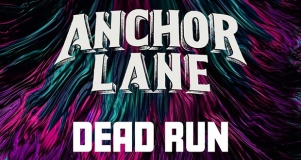 If you were around last week you’ll have read some kind words that I had for “Casino”, the debut album from Anchor Lane.

Well they’ve only gone and bunged out another single release to push it along. ‘Dead Run’ is the tune in question and it’s one of the heavier songs on the album. Co-written with Ricky Warwick (The Almighty / Black Star Riders) it deals with addiction, something The Almighty dealt with on, um, ‘Addiction’.

It’s a strong song, the video is below, and the album is out on the 31st January. Check it out.