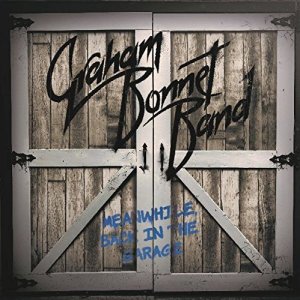 GRAHAM BONNET BAND
Meanwhile, Back In The Garage
Frontiers

You can’t move for Graham Bonnet releases over the last couple of years. Numerous anthologies and compilations, reissues, DVDs, Michael Schenker Fest and solo releases. It’s fair enough, though. He’s cracking on a bit and with his profile the highest it’s been in decades it’s no surprise that he’s grabbing what he can while he can. His last proper album was “The Book”, a rather splendid release, came out two years ago and he’s back with more of the same.

And that’s exactly what it is. For that album he chose to revisit his Alkatrazz sound of the mid-eighties when the likes of Malmsteen and Vai were passing through his metal tinged hard rock outfit alongside one Jimmy Waldo on keyboards who has been a key component of the Graham Bonnet Band over the last few years. So Alkatrazz it is. Mr Bonnet is in fine voice with just a hint of his upper register having gone. But this is a fella who turned 70 last December so the fact that he can still sing well is reason enough to be cheerful.

The best of the songs power along in fine fettle with the band supporting him well. That’s Beth-Ami Heavenstone (bass), Jimmy Waldo (keys), Mark Benquechea (drums), the now departed guitarist Joey Tafolla and his replacement Kurt James on one track. There are eighties styled keyboard flourishes everywhere, some strong melodies and some big hooks. The title track, ‘Long Island Tea’ and ‘The Hotel’ are the best of the bunch, with the ballad ‘The Crying Chair’ the only one that had me hitting the skip button second time around. Even the rather odd cover of ‘We Don’t Need Another Hero from “Mad Max Beyond Thunderdome” sort of works.

He even attempts to revisit old glories with a Russ Ballard tune although it’s safe to say ‘Livin’ In Suspicion’ falls short of those heady days. The bonus disc is a live DVD recorded at Daryl’s House Club which sees him visiting the Rainbow, MSG, Alkatrazz and solo days alongside a smattering of new material. It’s not as instantly successful as “The Book” but that came as a bolt from the blue. However, it’s a very enjoyable release. 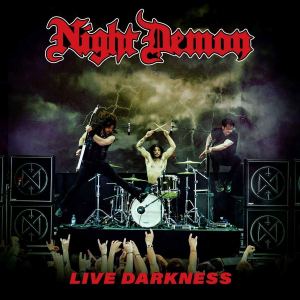 Aiiiieeee!!!!! Heavy metal time. And by heavy metal I mean proper heavy metal. See, Night Demon really, really like the NWOBHM. Their studio albums set out to recreate my childhood days with some aplomb and now it’s time to plough the live album furrow.

And it’s a bit meh. I expected it to be a bit ramshackle because that’s the nature of their chosen field but the mix here is just wrong. The clatter, sturm und drang is all present and correct but the vocals seem to be coming from a different room at times. At least that means it’s a proper live album as there is no chance they’ve been retouched in a studio.

However, once you get into this double beast of an album and lose yourself in the likes of ‘Curse Of The Damned’, ‘Satan’ and ‘Evil Like A Knife’ you’ll find yourself rummaging through an old box looking for that studded wristband. Allegedly. It’s full of energy, vim and vigour but the mix means it’s a fan only release with newbies better off buying their studio sets first. 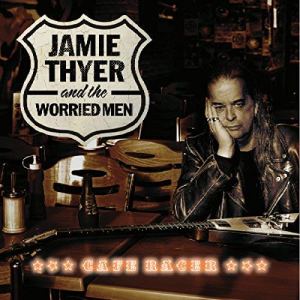 Some blues rock now from the long running power trio, Jamie Thyer and The Worried Men.

And if you like your blues to err on the side of rawk then this is the place for you as the band blast through a fine set of boogie drenched blues which would bring a smile to the faces of George Thorogood and Lee Brilleaux. Fun fact, folks. I once humped the gear for one of the later Dr Feelgood lineups into a pub gig while Mr Brilleaux knocked back drink after drink deriding me and my mate for our uselessness. However, once the show started we found out he’d stuck twenty quid each behind the bar for us as a thank you. And this was ye olden days when you could still get drunk for that.

Anyway, back to Jamie Thyer and The Worried Men who definitely have the sound of a good night out down your local biker bar. They don’t mess around with ten minute jams, they just blast out a set of red hot tunes that will get your foot tapping and your beer arm bending. The guitar work is uniformly excellent with the likes of ‘Long Ride Home’, ‘Teenage Firewater Queen’ and ‘Green Lights’ getting giant ticks beside them on first play. For sure, Mr Thayer is no singer but he gets through and it might also explain why there’s a few instrumentals here with the aforementioned ‘Green Lights’ the best of the bunch.

An extra point for the retro record design and inner sleeve which makes for a lovely package. 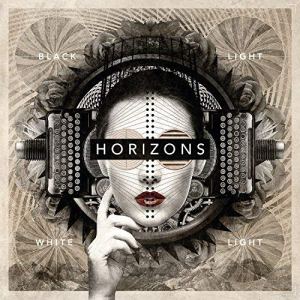 A change of pace now with some indie psych courtesy of Black Light White Light.

A Scandinavian combo, you get the feeling that they probably learned about psychedelia from Flowered Up and The Mock Turtles rather than Jefferson Airplane. I’m sure they worked their way backwards but if they’re ever looking for work they should hook up for a faux Inspiral Carpets tour.

They’re very good at what they do with lots of swirling and swooping, lots of phasing and indecipherable lyrics. But they are aware of the 21st century and the better songs such as ‘Solstice’ and ‘King Kong’ have enough modern references to get “the kids” excited. It might not be my first port of call for my fix of psych but they do have a lot to offer. 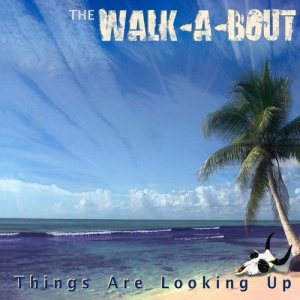 THE WALK-A-BOUT
Things Are Looking Up
Ridge Hill

I didn’t know I played acoustic guitar in The Walk-A-Bout but there I am in the video. Someone should have told me.

They’re an American / Australian outfit and this mini album / sort of EP sees them offering up 4 new songs alongside 2 oldies. Now considering that between them they’ve worked with folk who’ve been affiliated with the likes of Santana, The Tubes, The Grateful Dead and Bob Marley and The Wailers, it’s a bit of a surprise to hear them offering up acoustic driven seventies soft rock meets mellow prog. They’re all veterans with the main twosome of Kevin Anderson and Darren ‘Sully’ Sullivan putting together some delightful tunes.

Their debut album came out last year so I’m not entirely sure why this had been releases but I’m glad it was as there are some delightful melodies and harmony vocals to go along with the excellent performances. They do sometimes veer towards the excesses of the jam band scene but they manage to reel themselves back just in time. a very pleasant surprise. 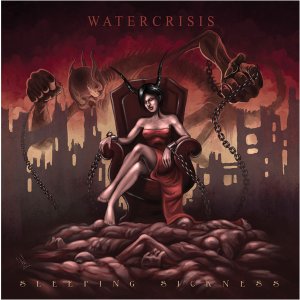 Lastly, for today, we’re heading off to Italy for some stoner metal.

And it’s proper stoner metal as well. None of that wishy washy stuff that most modern bands try to get away with. No, this is scuzzy, lo-fi, primeval sludge stoner metal. As it should be.

They’re relative newcomers so obviously they’ve started off with the likes of Kyuss as influences. But it obviously didn’t take them long to look back to the swamps where the remains of Lord Baltimore and Blue Cheer were laid to rest. So it’s all about the riff and the rhythm. Nothing overstays its welcome and the crash through the nine tracks in half an hour while Mrs Satan looks on from her throne.

They bunged out their debut EP last year and Francesco Coppeta (guitar), Antonio Castaldo (bass), Caterina Salzano (vocals) and Roberto Godas (drums) have done a bang up job here with the likes of ‘The Void’ and ‘Slaughter’ as good as anything you’ll hear in their chosen field. Having a female singer also helps them stand out from the crowd but that is neither patronising nor condescending as the voice and music match up well. There has been a lot of dull stoner albums out over the last couple of years. This isn’t one of them. Recommended.